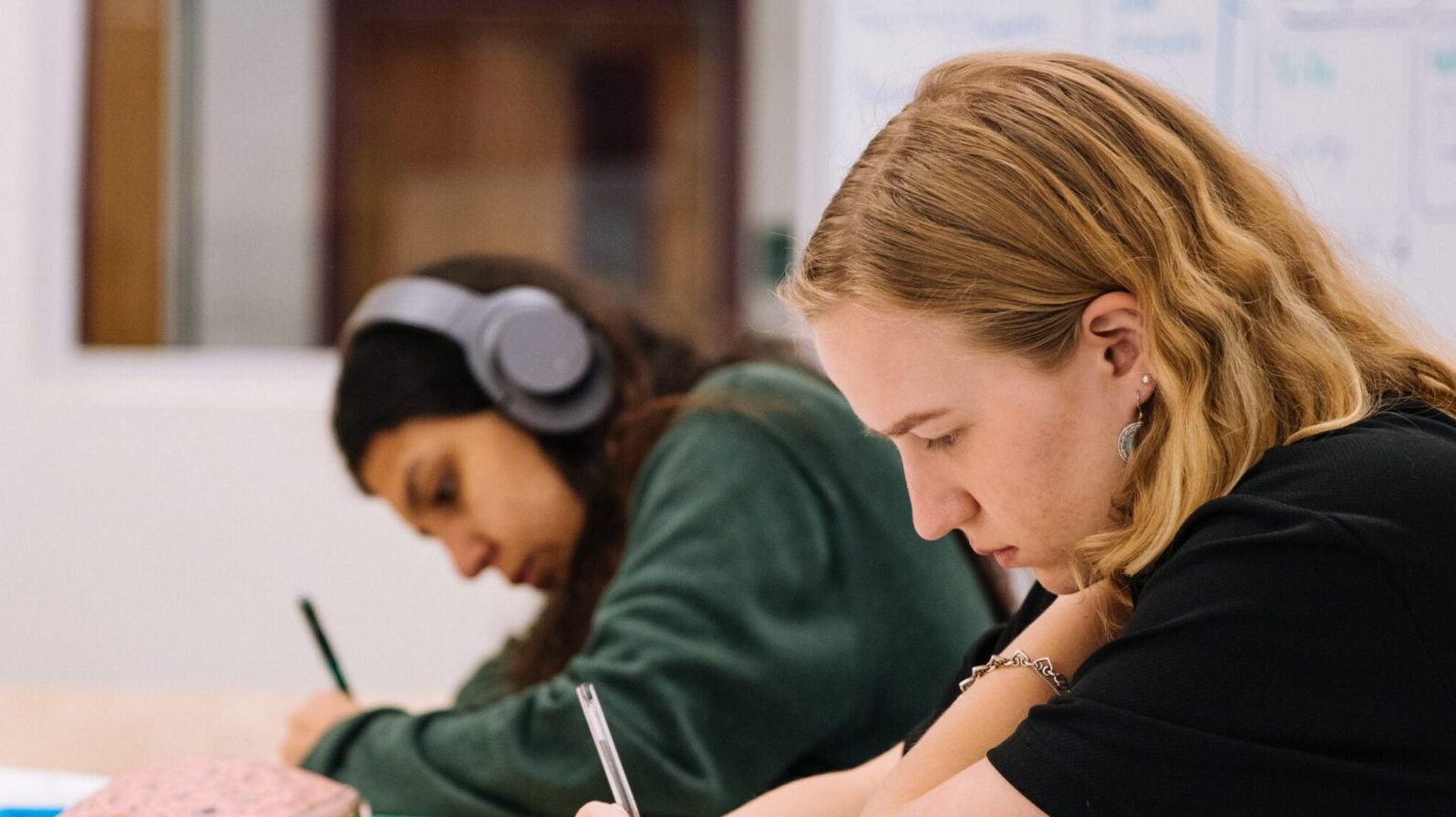 5 Challenges in education today in the UK

The UK welcomes hundreds of thousands of international students each year and has remained a popular destination for education for a long time. However, the UK education system is not without its own challenges, and some of them are shocking. Let us take a look at some of the biggest challenges faced by primary and secondary schools in the UK, and how we could help.

Underfunding is one of the biggest challenges in education. It is also one that gives rise to a host of other problems. In the past year, school resources have been spread very thin because of the pandemic. Income from leasing out school facilities and venues has been lost and additional expenditures have been incurred on Covid essentials including PPE, cleaning supplies, signage and digital equipment.

Despite the education sector’s expectations, the  government’s £1.4 billion Covid Catch-up budget for schools turned out to be less than one-tenth of the £15 billion recommended by the education recovery commissioner for England.

And this is hardly exceptional. According to the Institute for Fiscal Studies (IFS), school spending per pupil in England fell by 9% in real terms between 2009-10 and 2019-20, the largest cut in over 40 years. Underfunding has been an ongoing issue in education for years.Schools with budget deficits fall into disrepair and are left to decide what to keep and what to discard given the limited resources. Class sizes keep growing.

Since 2010, there has been a 258% rise in the number of secondary pupils in classes of 36 or more. In more extreme cases, school hours have to be reduced to save costs, with students being asked to come in late or go home early. According to a London Councils survey in 2017, 42% of schools had cut teaching staff in order to save cost. Curriculum breadth is often reduced, with languages, computing, design and technology and music most affected. Valuable programmes such as support for children with special education needs are also compromised.

This is partly a result of the budget deficit, as underfunded schools are forced to downsize staff. Reducing the number of teaching assistants and teachers as well as cutting learning resources spending are the three most common responses to financial pressure in secondary schools. As a result of the reduced staff, teachers are asked to take on extra duties, from teaching additional subjects and providing lunchtime supervision to cleaning and other chores. Combined with the growing class size, this increases classroom problems as pupils receive less individual attention from teachers.

Budget cuts aside, the shortage of qualified teachers has been an ongoing challenge. Secondary school teachers in England fell by 7% from 2007 to 2019, while pupil numbers remained the same and are expected to rise as much as 10% by 2023.

Subjects such as maths, sciences and languages have seen the worst shortages of qualified teachers, as graduates of these subjects are often drawn to jobs other than teaching that offer higher pay. After all, both state and independent teachers work an average of 55 hours per week. Many schools struggle to recruit teachers with a degree in these subjects and as many as half of all teachers of these subjects leave the teaching profession after five years.

Indeed, teacher shortages are particularly severe for inner-city schools and this is not only a matter of school budget. With students hailing from diverse cultures, religions and socioeconomic positions, extra care and support is needed, which often results in additional workload and stress for teachers. They are often willing to teach at private schools for lower salaries because the job is easier given the smaller class sizes and students from less complicated backgrounds.

All would agree that a certain amount of tests and assessment is necessary to consolidate learning and hold education providers accountable. However, sometimes the effect of constant formal assessment on both children and teachers is overlooked.

A survey on parents of children in primary schools in England found that most parents are unaware that children undergo statutory tests in five out of seven primary years, which focus largely on English and maths. 73% of parents surveyed agree that children are under too much pressure because of standardised testing. 61% say that their child spent most of their time studying English and maths in preparation for SATs.

In order to achieve good results, it is inevitable that more teaching hours are spent on skills required to score in exams as well as subjects that carry more weight in assessment, and creative and non-academic subjects are often compromised. A survey in 2019 on the effect of SATs reveals that 90% of responding primary school headteachers believe that the curriculum is narrowed to prepare for the tests in Year 6 and 52% agreed it was narrowed in other year groups too. On the whole, 80% of headteachers agree that SATs have a negative effect on pupils’ wellbeing.

Formal assessment also has a negative impact on teachers and schools. Extra workload aside, the pressure of preparing pupils for “the big test” that makes or breaks the future prospects of both the pupils and the school is not to be underestimated.

While most of us are used to the idea of working on computers, classrooms in the minds of many are places where children work with pen and paper and where electronic devices are a distraction. It was during the pandemic that we realised how the lack of access to technology is affecting children’s learning, and how far schools are behind in preparing children for a future driven by technology.

A 2020 survey conducted for Lenovo on teachers across the UK found that 65% of teachers want more training to utilise existing technology, and nearly 70% believe more computers are needed for students, with London reporting an average of 11 students sharing a computer at school. More than a quarter of schools do not offer extra-curricular opportunities to develop digital skills.

While there are learning resources for different age groups online and schools had to take lessons online during the Covid lockdowns and self-isolation, many low-income families could not afford laptops and Wi-Fi connection for their children. Another survey published by Microsoft in 2020 found that just 1% of primary state schools provide devices that their pupils can take home, compared with 38% of private primary schools. At secondary level, 7% of secondary state schools provide take home devices, while 20% of private secondary schools do so. As such, the digital divide is putting the poorest pupils at a disadvantage and contributing to the attainment gap between rich and poor children in the UK.

Inequality is arguably the most pressing current issue in education today and a culmination of all the problems mentioned above. Due to the lack of resources both at school and at home in deprived areas, children from low-income families or with special education needs are more severely affected by these problems than their more affluent peers.

Schools in deprived areas face more difficulty in recruiting qualified teachers and have smaller budgets for electronic equipment. Disadvantaged children also lack the home learning environment enjoyed by their peers, an important factor contributing to the learning gap that had widened by 46% over the school closures during the pandemic. In the long term the attainment gap between the rich and the poor can be life-changing. Poorer students in sixth forms and colleges trail their more affluent peers by an average of three A-Level grades when taking qualifications at this level.

Although significant efforts have been made over the years to narrow the education gap, a lot remains to be done. The Education Policy Institute (EPI) argues that the government’s commitment to “level-up” funding, contrary to what it sounds like, directs additional funding towards schools that historically receive less funding because they are in more affluent areas with fewer disadvantaged pupils eligible for additional funding. In 2020, schools serving more deprived pupils in England have already seen the largest falls in spending per pupil over the last decade. The government’s new National Funding Formula will deliver funding increases of 3–4 percentage points less to schools in poorer areas than to those in more affluent areas up to 2021.

Is there anything I can do to help children affected by these deep-rooted problems, you may ask? Volunteering may be the answer. While we cannot make the problems go away, everyone can give a bit of time and make a difference in the lives of those who are somewhat left behind in the system.

Simply check out your council’s website for school volunteering opportunities in your area, or reach out to schools nearby to see if they need help with mending school facilities, helping out at school events, or donations of electronic devices that you no longer need. If you are a professional with valuable skills to share that are not sufficiently covered at school, or if you think your career story can inspire young children to strive for a brighter future, organisations such as 1HOUR offers remote sessions where you can share your knowledge with school children wherever you are. Learn more about volunteering opportunities at schools. 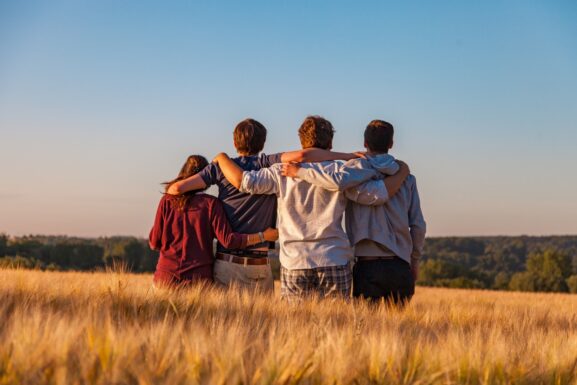 10 reasons to become a volunteer

Are you considering volunteer work but you are not yet sure if it is for you? Here we give you 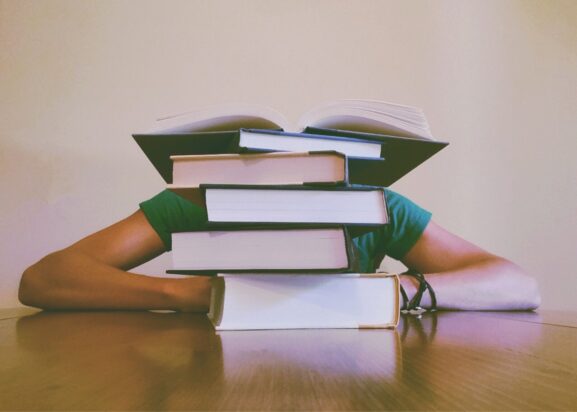 4 useful subjects that should be taught in schools

Let’s be honest, our educational system isn’t the best. I am pretty sure that we can all agree that our